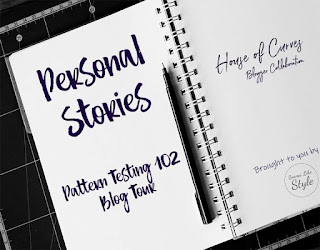 I'm beyond excited to be partnering with such a great group of women to do this series of personal stories about Pattern Testing!

Two years ago before I started testing patterns, if someone had asked me for the size of my clothing, my measurements or even hinted at the fact I was plus sized I would have been mortified.  Truthfully, most of my life my body hasn't fit into the "regular sized" pattern mold.  I was always one of the tallest, if not the tallest kid in my class while in school which meant finding clothes that fit right was difficult.  Skirts were too short, pants made me look like I was waiting desperately for a flood and even shirts were never long enough!  My mom sewed quite a few of my clothes, which meant at least some of my clothes fit me.

Back to the beginning of time...or rather my sewing journey because I'm only 29 *wink*:
The First time I remember sitting down and actually sewing is when I was in middle school and was participating in 4H. One of my projects was making a pair of pajama shorts.  My mom tried her hardest to teach me to sew those shorts.  What happened though was that I chose to ignore all the skills she was trying to impart on me and I went rogue.  I guess you could say I was a typical pre-teen/teen!  Those shorts were atrocious!  I somehow managed to sew one leg going up and the other going down.  I honestly have no idea how I was able to even assemble them, but I managed it.  I became VERY good friends with the seam ripper and my mom patiently helped me seam rip them and fix them.  Needless to say, I didn't win first place!

Because I hit the height of 5'11" by the time I was in 6th or 7th grade and had (have) a 35.25" inseam I felt like I was limping through life wearing whatever "bags" I could that would fit me.  If I wanted the clothes long enough they were massive.  If I wanted them to fit correctly, they were all too short.  Somehow it never occurred to me to alter my clothing.  Until a friend clued me in on Indie pdf designers.  I was enthralled!  I had finally found an entire world of clothing I had been missing!

The first time I made myself something that fit me how it was supposed to I almost cried! I made a Patterns for Pirates Slim Fit Dolman and I was beyond excited!  As I followed those groups and researched where to find good fabric...I abhor Joann's.  In fact, I typically order online and send my husband in to pick up my purchases if I have to order from them.  Because I was doing so much "watching" which let's face it was a whole lot more like stalking the sewing groups, I started noticing "calls" for pattern tests.  I waited and watched and researched what it meant to pattern test.

I wasn't too sure if I wanted to test at first.  Words like "expensive", "lots of work" etc. kept popping out at me.  On the other hand there were other stories about how wonderful it was.  I finally bit the bullet and applied to test with Peek-A-Boo Patterns.  Amy was SO kind!  I only had very basic pictures of clothing I had made.  Truthfully, I hadn't taken any "professional" looking pictures of any of the clothing I had made yet.  All of the pictures I had were fit picture quality; i.e. quickly snapped photos with my phone.  During this test, I had no idea I shouldn't be color blocking but I did a little bit of that on the sleeve, and yet she was super nice.  When it came time to take final pictures, I had to do my research.  I studied her website and pictures she had there so I could take pictures that would work for her!  I didn't know a lot about editing pictures, so they weren't edited very much and I had to research how to watermark them.

After doing a few tests with designers that put out calls for each pattern when I had better pictures and a better idea of what I was doing, I started applying for testing calls in bigger groups.  I have no idea how many I applied for.  My pictures still weren't the greatest, but I did A LOT of reading and studying to figure out how to make them better!

Then the Patterns for Pirates Top Tester contest came.  I decided to throw caution to the wind.  I didn't think I'd win, but I figured I'd go for it anyway.  It was quite CRAZY!  But, it was a whole lot of fun!  And, the pictures were even more fun.  I made my assigned version for my oldest son and then made a total of four pairs for all of my kids.  Then we went to the park with their pillows and they had a pillow fight and I snapped away with my camera.
I didn't end up winning, but I did get an email asking me to join their tester pool.

I think one of the first tests I where I was the model for P4P was the Ragdoll.  I felt amazing!  I was shocked that I felt that good and actually looked good in the pictures.  I received so much positive feed back that it was hard to not see myself in a positive light. 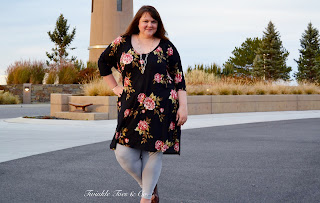 To be honest, I have no idea how many tests I've done.  I test anywhere from 1-3 patterns a week on average.  I am a tester for around seven pattern companies and brand rep for one of them.

Why do I test?
Testing can have so many different emotions.
At first I applied for any and every test.  However, I soon learned that I couldn't maintain the schedule.  I love sewing, but I also have four children, a husband and a life.
Being able to maintain my sanity makes me a better tester.
Doing so many tests did help get my name out and help me build my "portfolio" of photographs of examples of the things I can sew and do.  So, in the long run I can be a little more selective on what I choose to sew.

I don't just sew for myself, I do a lot of sewing for my daughters and when the occasional pattern comes along for my boys and husband I jump on it without reservations.

I have found that having more than one machine is very much beneficial in my life.  I currently have three working machines and two sergers.  Having that many machines means that when one isn't working and I'm on a deadline I can move to the next machine.

Testing can be stressful at times but it has been incredibly rewarding.
My self image has changed so much!  I feel confident in the clothing I wear because I know it fits.  No longer am I wearing "bags" that are unflattering and short.

Because I'm taller than most testers, I have the opportunity to give input about whether or not the pattern works when adjusted for height.  It can be time consuming to adjust every pattern, but I have trained my trusty side kicks (a.k.a. My husband and the teen daughter) to put patterns together for me.

Testing is VERY motivating for me.  I have purchased so many patterns that I've never sewn.  If I sign up to test though, I have made that commitment and come Hell or High Water I get that commitment done.  It's also made me conquer fears in sewing that I never thought I would, like zippers and buttons.

By far my absolutely favorite part of testing patterns if the opportunity I have to work with the testing groups.  While I only know a few in "real" life, I love the comradely that the groups have.  Most of us frequent the same groups and I routinely see the other lady's promoting patterns and fabrics.  It's fun to see them post and see what they are up to.

I also absolutely love how the designers push me out of my comfort zone!  One of the recent tests I did for Halla is more form fitting than anything I would typically wear.  But, OH. MY. GOSH.  I want to wear it every day!  (It's the Sunny Day Top and Dress)

My least favorite part of testing, completely depends on my mood!  Because I'm not the designer and it's not my vision that is being designed it's hard on occasion when *I* think somethings fits funny or is drafted inconsistently but the designer doesn't, I have to bite my tongue.  It hasn't happened very often, but there has been a couple times.

One of my most memorable tests:
I tested the Go To Jacket for Patterns for Pirates...for all SIX of my family members.  That's right....SIX!  I'm fairly certain I was doing a couple other tests at the same time.

The P4P team was AMAZING and the due dates were extremely realistic.
The sewing on my end was unreal!
We all love our jackets though and all still wear them.  In fact, my kids are starting to ask for new ones.  I'm not sure I'm ready to tackle that yet though. 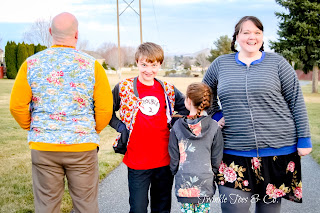 
And, don't forget to enter the RAFFLECOPTER for the prizes from our AMAZING sponsors!!